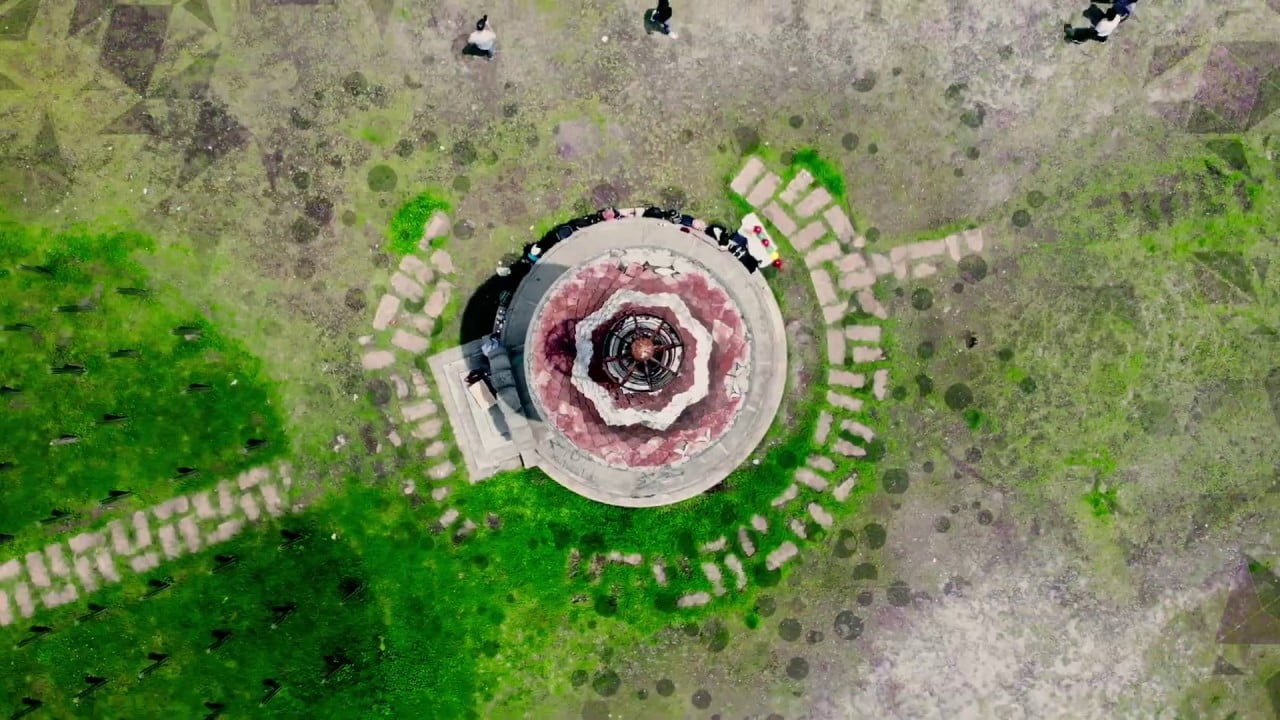 MAX COOPER
Thanks for having a look at the first video from my next audio-visual album coming later this year. The whole project was a commission from the Barbican centre in London, where they do a lot of great events, I’ve seen many of my favourite gigs there. So I wanted to prepare something special, and something intense, using the structure of the beautiful hall there as a canvas for the show. Their brief was around emerging new technologies and how they’re changing society, so I tried to boil the whole process down to its fundamentals which I could visualise and write music for – which spawned “yearning for the infinite”. The idea being that we’re locked in our societal- and nature-driven pursuit of growth and knowledge and more, always more. I had come across some really beautiful ideas for visualising the infinite which I’ll tell you more about later as the content comes, and I decided to combine these abstract visualisations with stories of us, in our endless activity as part of the systems in which we exist. This also gave me the potential for the scale and intensity I wanted to create for the project. This particular chapter comes later on in the show when both the human story and the abstractions (transcendental digits from Martin Krzywinski, aperiodic tiling from Jessica In and dividing surfaces from Andy Lomas) start to merge. The great visual artist and long term collaborator Nick Cobby had time in Mexico city which seemed an amazing opportunity to capture this dense human activity, and once again he’s created another of his tightly synced and detailed masterpieces, many thanks Nick! I recommend watching on a big screen where possible. Lots more to come soon, thanks for watching and listening.

NICK COBBY
Max’s idea for Perpetual Motion was to document the continuous movement of people, exploring how there is no inherent meaning in life, only our own meaning which we create through striving towards our goals. When we discussed the idea of the film, Max and I felt Mexico City was the perfect place to use as a canvas. A sprawling metropolis of 9 million people, all packed in tight and some really interesting land forms and architecture. I then got the idea of using drones when scouting for locations on Google Earth. There were some amazing geometric forms that when viewed from above give an entirely different perspective of the city. I was really interested in the juxtaposition of these orderly forms with the irregular, disorderly chaos confined within it. For me it really helped push the idea of living as part of a perpetual system. I collaborated with 3 very talented Mexican photographers who shot some incredible footage for me, Manuel Marañón, Roberto H and Santiago Arau. It was a pleasure to collaborate with them and I hope the film can be shown in Mexico some time soon. For the animation side, I collaborated with Andy Lomas and Jessica In, integrating their forms frame by frame into the drone footage with my own point data, aiming to create unexpected transitions and connections between reality, hyper realism and the hidden systems beneath.