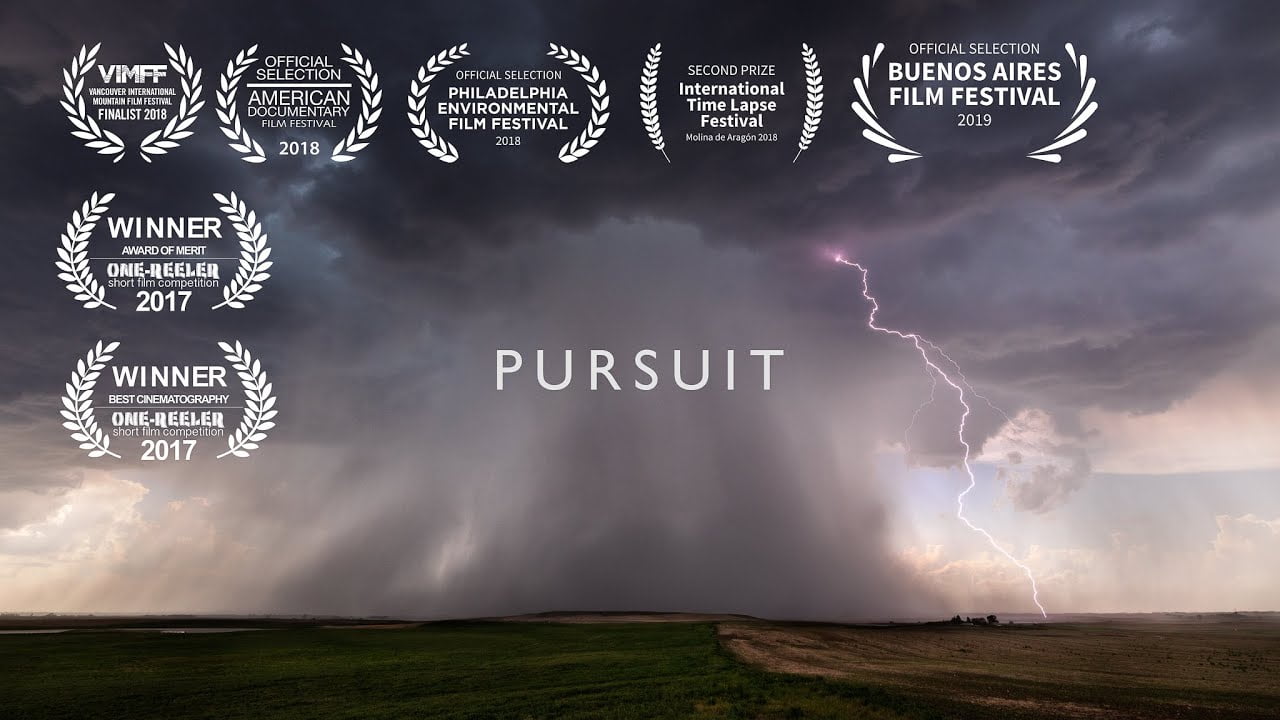 ——-
On June 12th, I broke down into tears. Minutes earlier, I had been outside my truck, leaning against it, head buried in my arms, frustration and failure washing over me. I wanted to quit. I got back in the car and as I drove, the pain got the better of me and the tears came.

This past spring was a tough one. Supercell structure and beautiful tornadoes had been very hard to come by. In fact, the tornado in the opening of this film was the only good one I saw this entire year. I had been on the road longer than ever before. Driven more miles. I was away from my family for 12 straight days at one point, and when I got home, I had to tell them I was going back out 24 hours later for June 12th. It was just too good to pass up. It promised to be a day that I could get everything I had been hoping for this spring and I had no choice. My wife understood, even though I knew she wished I stayed home. And I wished it too.

I knew right where I wanted to be that day. But this year I struggled with confidence in trusting my instincts. Maybe it was because the lack of good storms this spring made me question my skills, or maybe it was something else inside of me. Whatever the case, I let myself get twisted and unsure, and found myself 80 miles away from where I had wanted to be when the tornadoes started to drop and the best structure of the year materialized in the sky. The photos from Twitter and Facebook started to roll in and I knew I had missed everything.

It may not be easy to understand why, but when you work as hard as I did this spring, a moment like that can break you. I felt like I let my wife down. But mostly I let myself down. I forgot who I was and that’s not me. Or it shouldn’t have been me. I failed myself. And it seemed like the easy choice to just give up and head for home.

But I didn’t. I’m not sure why, but the pain slowly began to subside. I realized it was only 4pm and the storms were still ongoing. Maybe if I could get in front of them the day could be saved. Ninety minutes later, I got out ahead and saw some of the best structure I’d seen all spring and a lightning show that was so incredible it’s one of the very last clips of this film.

And that’s why this film is called “Pursuit.” Because you can’t give up. Keep chasing, keep pursuing. Whatever it is. That’s the only way to get what you want.

I learned something about myself on June 12th which carried over to the final few days of chasing this spring. I trusted myself again and those days were incredibly rewarding. This was who I’d been all along but had forgotten. I can’t wait for next year.

The work on this film began on March 28th and ended June 29th. There were 27 total days of actual chasing and many more for traveling. I drove across 10 states and put over 28,000 new miles on the ol’ 4Runner. I snapped over 90,000 time-lapse frames. I saw the most incredible mammatus displays, the best nighttime lightning and structure I’ve ever seen, a tornado birth caught on time-lapse and a display of undulatus asperatus that blew my mind. Wall clouds, massive cores, supercell structures, shelf clouds…it ended up being an amazing season and I’m so incredibly proud of the footage in this film. It wasn’t the best year in storm chasing history…but I got to chase storms and share it with you guys. All worth it.

I wanted to do something new this year, so I worked with composer Peter Nanasi to develop a custom track for Pursuit. I’m super excited about it and loved the process of exchanging ideas and building the song as the editing of the film progressed. I am so thankful to Peter for what he came up with, I’m in love with this track!

The time away from my family turned out to be over a month all told. I’m always and continually blessed by a wife who supports what I do and backs me completely. But not only do I have her to thank this spring, but also her parents who hung around for a good chunk of May and early June, to help out wherever needed, watch the kids, run errands and generally be there for Jina. I don’t have enough words to convey how appreciative I am for them being around while I was gone.

I think that’s about it. I could write a lot more, but I’d rather you watch the film and hopefully have a taste of what I saw this spring. There is nothing quite like strong inflow winds, the smell of rain and the crack of thunder. I miss being out there already.

I hope you enjoy and I’ll do my best to answer any questions in the comments below!

I used two Canon 5DSR’s along with a Canon 11-24mm, 35mm, 50mm, 135mm and Sigma Art 50mm. Manfrotto tripods. The final product was edited in Lightroom with LR Timelapse, After Effects and Premiere Pro