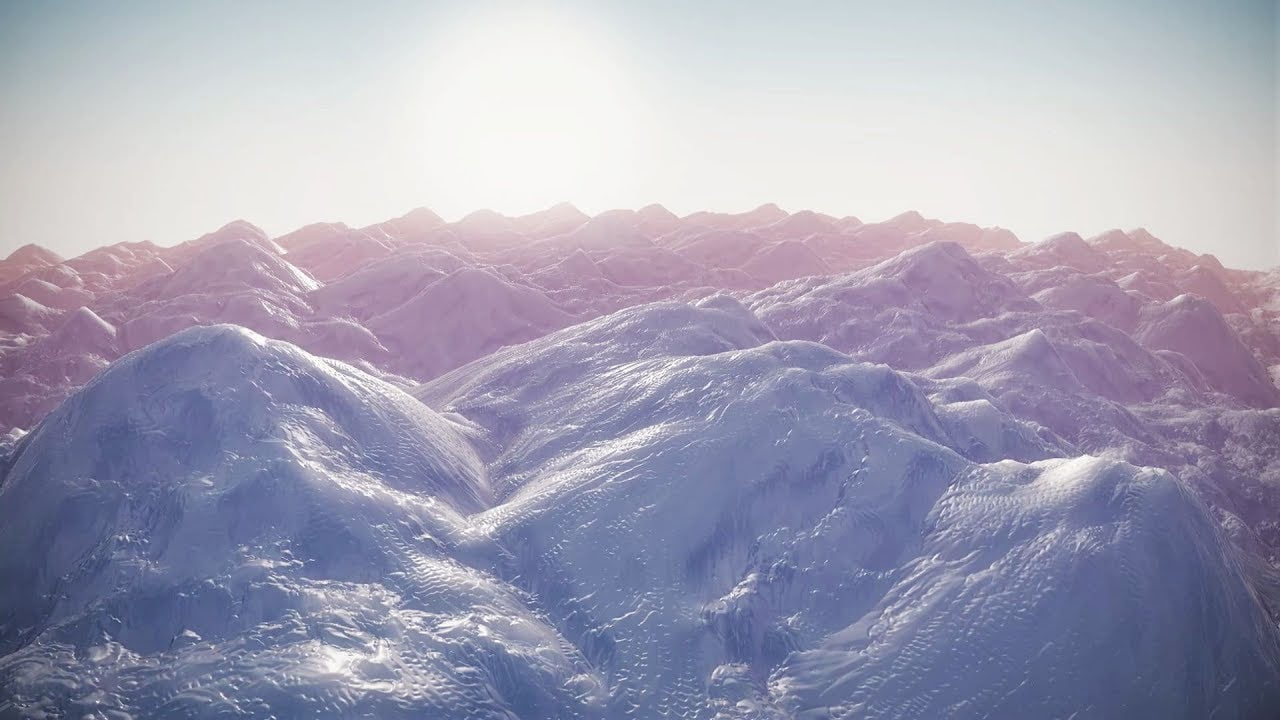 “This music and video project came from a collaboration with a mathematical artist who works under the name Cornus Ammonis. He creates simulations of pattern formation, using ideas originally created by Alan Turing in his attempts to explain and model the mathematics of living systems. These systems create beautiful warping interacting layers of simulated substances, and we thought this visual effect could lend itself well to an imagined alien planetary surface with some unknown form of geological process – molten landscapes.

It’s a slowly evolving hypnotic visual process, so the music has the same form, with a repetitive syncopated two note motif playing under a gradually developing chord structure which becomes ever more layered. It’s all about atmosphere and sitting back to let it wash over I think, it’s not a sharply defined piece, and it needs to be given some time to develop, but hopefully the result is worth the time you give it.

After Cornus Ammonis had created a load of stock video sequences using his models, I then passed the footage on to Morgan Beringer (who created the awesome Unbounded video from Emergence). Morgan applied his trademark processing style to the previously raw footage in order to blend and layer, and make the whole visual have a lot more smooth movement and rich organic feel. Sorry that’s not a very technical description of what he did, but hopefully you’ll know what I mean when you see it!”

“Two systems are at work here. The first simulates a grid of points connected to their neighbors by nonlinear springs—that is, springs that break (exert much less force) once they extend past a certain point. Each point has both a position and velocity, which is updated by summing spring forces and applying reverse advection. The collective action of the spring system produces constantly-shifting hills and valleys of points that become oriented in nearly the same direction. Straddling these valleys are groups of springs that have “fractured” in opposite directions, in a process similar to the forces governing the patterns that form in the cracked earth of a dry riverbed.

The second system is a simulation that rides along the “surface” of the spring grid. This system produces Turing pattern-like stripes and blobs that split and merge as they propagate across the underlying spring system vector field, yielding an overall effect analogous to seafoam on an ocean wave. Like a fluid simulation, this system propagates quantities over a vector field, but no divergence minimization or advection process is used—the process is mediated only by the interplay of diffusion and various quantities computed on the vector field, namely, curl (vorticity), divergence, and the average distance between neighboring vectors. The equations governing the interactions between these quantities were chosen so that the system remains constantly in a state of flux, rather than settling into a stable configuration—they were not chosen so that the system models some specific physical process.

The output of these two systems is a vector field. In order to turn this vector field into a terrain, a solver integrates over the field to produce a height at every point (i.e. a heightmap). It is not possible to perfectly recover a heightmap from these systems, so the output of the solver is a continually-updated approximation. The terrain is rendered using raymarching, so that the entire process, from simulation to rendering, is computed entirely on the GPU.”